PROVISIO and Alveni match software and hardware to provide workers at Mexico’s largest cable company the HR information and services they need.

Alveni, a Mexican company with operations in Austin, Texas, is a leading interactive kiosk technology provider for the Americas and Hispanic customers. The company’s focus is on planning, developing and deploying strategic business solutions using the best in selfservice interactive technology. With a manufacturing plant in Mexico, Alveni provides everything from the design of the kiosk to the deployment and monitoring of the service.

Alveni has been working with PROVISIO for more than 12 years, deploying kiosks incorporating PROVISIO SiteKiosk software. Many of its customers operate large industrial plants and they use kiosks for HR purposes, providing information such as paycheck stubs and accrued vacation time.

“Alveni has created HR kiosks using our software solutions that reduce HR costs by providing convenient and consistent information and services to employees.” said PROVISIO CEO Heinz Horstmann. “Alveni HR kiosks are an excellent extension of HR departments. They have been using our software in several different environments and on a number of very interesting projects.” SiteKiosk allows deployers to securely present Web-based content such as HTML, Flash and videos on kiosks, restricting access to the operating system, system settings, files, folders and applications. The kiosk is protected against unwanted manipulation from bootup to shutdown.

SiteKiosk along with PROVISIO’s SiteRemote software enables administrators to manage machines remotely, allowing them to view the status of terminals, update content and perform maintenance operations from a central workstation.

In addition, the software provides a number of customizable analytics reports, including usage statistics and hardware status. SiteRemote is available in either a cloud-based or server-based version.

“Their issue was similar to what many of our customers face,” said Alveni founder and CEO Jorge Eurán Graham. “They have offices in many different cities and they have a lot of people working for them. It’s very time consuming and complicated to provide HR services to each of their employees. Our kiosk solve this issues”

One of the most time-consuming activities is providing employees with pay stubs, a task that occurs at least twice a month.

Since it began working with Alveni, Grupo Multimedios has deployed more than 20 HR kiosks in offices around Mexico, serving workers ranging from office staff to technicians and installers.

Workers use a fingerprint scanner to log in to the kiosk and securely access the company’s intranet HR information platform, enabling them to print out pay stubs, retrieve information about accrued personal time and accomplish a number of other HR tasks.

Because Grupo Multimedios has grown via acquisitions, one of the challenges it faced in deploying the kiosks was to ensure they would communicate with the diverse systems used by the various offices. In addition, each kiosk needed to be able to access the fingerprint database for the entire company so employees weren’t limited to using a kiosk in just one office, but could access information via kiosks in other offices as well.

The flexibility of SiteKiosk in conjunction with PROVISIO’s SiteRemote software enabled Alveni to customize the software and eliminate any communication concerns.

When Grupo Multimedios initially deployed the HR kiosks, they also offered the option for workers to visit the HR department to perform the same functions. In addition, the company worked with employees to educate them on how to use the kiosks and adapted the user interface based on employee feedback.

“We configured both the kiosk and Sitekiosk application to work flawlessly with the HR web based application the company had already in place,” Euran said. “It was developed more for a desktop environment than use in a kiosk, so it was quite a challenge to make that transition. It was very interesting to work with the people who developed that application to get it working in the kiosk.”

Alveni was able to adapt SiteKiosk to ensure it communicated with both the HR application and the fingerprint database, ensuring workers encountered a smooth experience.

The kiosks have been so successful, though, that the company will eventually switch to offering these HR services entirely via kiosks in a near future.

“The company has also been using Sitekiosk’s digital signage capabilities to communicate HR messages about company policies, safety, vacations, new benefits and so forth while the kiosks are not being actively used,” Graham said. “The experience has been very positive for them.”

Printing of paystubs and HR documents. 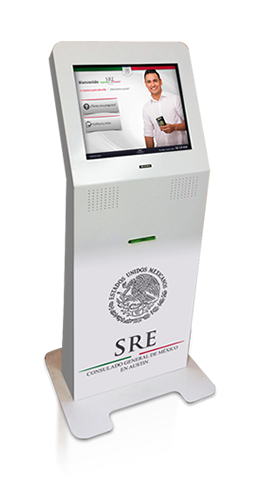 To read full success story, download the file below 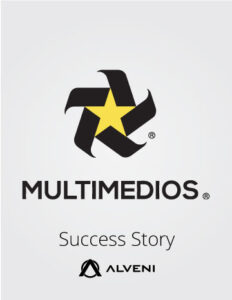 You know your business, we know interactive technology.

Tell us about your projects. Let us help you to effectively connect your company with your clients through our interactive solutions.
Request more info